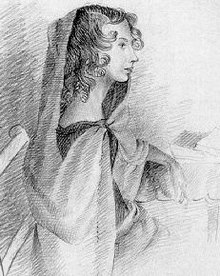 LINES COMPOSED IN A WOOD ON A WINDY DAY

My soul is awakened, my spirit is soaring
And carried aloft on the wings of the breeze;
For above and around me the wild wind is roaring,
Arousing to rapture the earth and the seas.
The long withered grass in the sunshine is glancing,
The bare trees are tossing their branches on high;
The dead leaves beneath them are merrily dancing,
The white clouds are scudding across the blue sky
I wish I could see how the ocean is lashing
The foam of its billows to whirlwinds of spray;
I wish I could see how its proud waves are dashing,
And hear the wild roar of their thunder to-day!

Helgeland: It's a very complicated thing, adaptation. And it's a very different kind of satisfaction than you get from doing an original. It's easier, sort of, but also trickier. If you write an original, it's like you went in and dug a well and you hit oil. But an adaptation, it's like the oil well's on fire, and they bring you in to put the fire out and get it working again -- or something like that. It's like, here are these 18 problems that you need to solve in order for this to work as a movie. An original is always -- I just think it's closer to you. Not that they're not all close to you, but the original is more yours. It's your kid, as opposed to the adaptation, which is like having to raise your sister's kid from the time he was 10. With an original, you're not looking over your shoulder at the book.